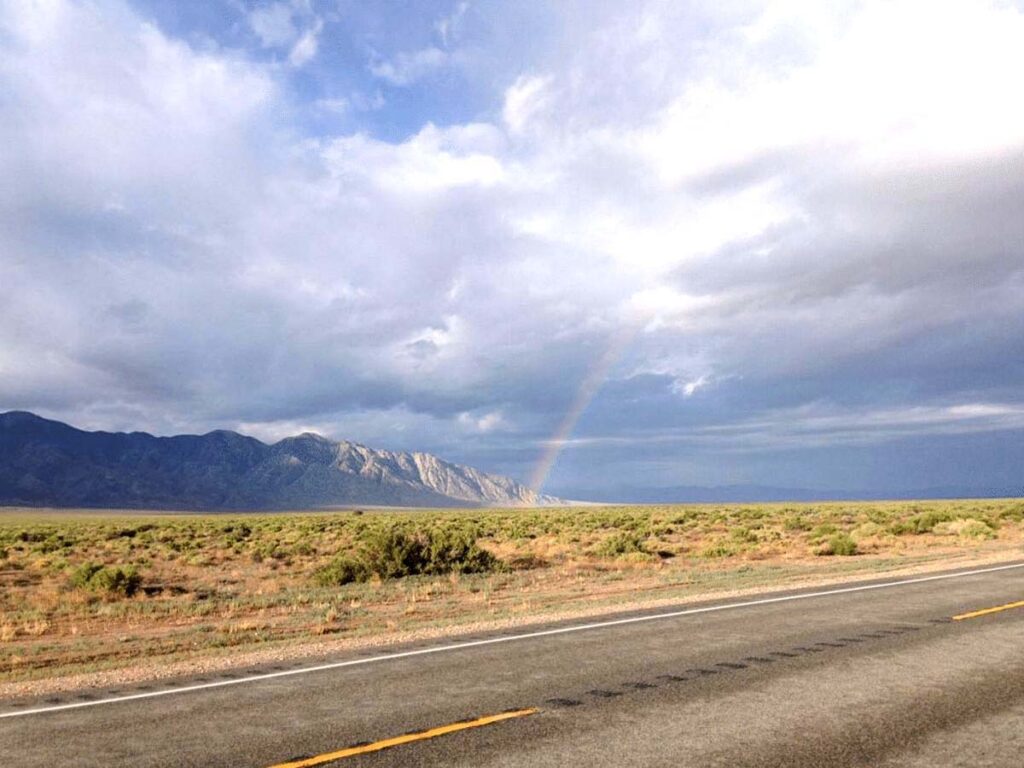 The Miller’s Crossing project consists of 192 claims covering 3,800 acres, of which the Company owns 100%, with no royalties. The Project is considered prospective for playa-type brine deposits as it is located near to, and shares geological similarities with, the Silver Peak lithium brine operations in the Clayton Valley owned by Albemarle Corp., which represents the only lithium-producing brine operation in North America. However, the Project is also considered very prospective for lithium claystone mineralization in the richly mineralized Esmeralda lithium district of Nevada.

Brine Target – The Miller’s Crossing Project covers a known playa in the Big Smoky Valley, approximately 40 kilometers east of Albemarle’s Silver Peak lithium brine operation which have been in continuous production since 1967. A playa is an internally drained brine deposit, the surface of which is primarily composed of silts and clays in which lithium can accumulate from the surrounding source rocks during successive evaporation and concentration events. Evaluation of surrounding gravity data has led to the hypothesis that the Big Smoky Valley has been in-filled with an estimated 2,000 to 2,500 metres of alluvial fill and many have the potential to host a significant lithium deposit. The principal target on the Miller’s Crossing Project is a large northeast-trending gravity-low anomaly which is suggestive of an in-filled basin. The Big Smoky Valley was investigated with regional reverse circulation (RC) drilling by the United States Geological Survey (USGS) and anomalous lithium values were encountered in the basin sediments. The quality and concentrations of lithium brines discovered in the Clayton Valley may also be present on the Miller’s Crossing Project.

Claystone Target – Significant concentrations of lithium (and other metals) in clays or claystone in closed basins, have long been known and explored in many parts of the world. However, the recent advancement and success of Rio Tinto’s Jadar deposit in Serbia, with a commitment in July 2021 of US $2.4 billion to develop an underground mine and processing plant, represents a “sea change” event for the lithium sector. Saleable lithium-borates products from Jadar are scheduled for 2026, with construction to start in 2022. Within a 40-kilometer radius of the Miller’s Crossing Project, seven junior companies are exploring and advancing lithium claystone projects. Located 18 kilometers to the east, America Lithium’s TLC Project located in the Big Smoky Valley basin has established a resource in claystone with only 36 drill holes. Australian company, Ioneer’s Rhyolite Ridge lithium claystone project located 40 kilometers to the west of the Miller’s Crossing Project is reported to be the most advanced lithium project in the USA, with construction planned for late 2022. The Miller’s Crossing Project has excellent potential to host lithium claystone mineralization that previously was overlooked and not tested for.

The Company has initiated preliminary work on the Project directed at both brine and claystone targets. A satellite imagery survey has been commissioned, and field crews have made an initial visit to the site for reconnaissance and logistical planning. Field crews will be focusing on the identification of the Siebert formation sediments on the Project which is the host rock of American Lithium’s TLC deposit. Proposed activities this quarter include geological mapping, extensive surface sampling, airborne and/or ground geophysics and soil geochemistry. The Company has engaged a leading Nevada lithium specialist to assist with the program management, as well as a Vancouver-based geologist with knowledge and experience in lithium clay exploration in Sonora, Mexico.

Mark Ferguson, President of the Company commented “We are very excited to be advancing the Company’s Miller’s Crossing Lithium Project. Our team has been evaluating past work and geological information and feels the potential for new discovery is promising. The Company is particularly interested in exploring the Siebert formation sediments on the property, as the same formation in which American Lithium’s TLC deposit was discovered.”

Dr. Peter Born, P.Geo., is the designated qualified person as defined by National Instrument 43-101 and is responsible for, and has approved, the technical information contained in this release.

About Arbor Metals Corp
Arbor Metal Corp. is a mining exploration company specializing in the development of high-value, geographic significant mineral projects around the world. As industry leaders, we are paving the way for advanced mineral exploration as we oversee world-class mining projects. We believe quality project, combined with proven strategies and a professional, along with a hard working team will deliver superior results. We hold two exceptional mineral projects.

The Rakounga Gold Project consists of an exploration permit covering a two-hundred-and-fifty square kilometer area located along the Goren Greenstone Belt in central Burkina Faso. The Company, through its wholly owned subsidiary Kruger Gold Corp. (“Kruger”), holds the right to acquire up to a one-hundred percent interest in and to the Project, subject only to pre-existing royalty obligations. Kruger has control over operations conducted on the Project and will look to expand on historical drilling and survey work conducted on the Project.

On behalf of the Board,
Arbor Metals Corp.
Mark Ferguson, Chief Executive Officer

This news release may contain certain “Forward-Looking Statements” within the meaning of the United States Private Securities Litigation Reform Act of 1995 and applicable Canadian securities laws. When or if used in this news release, the words “anticipate”, “believe”, “estimate”, “expect”, “target, “plan”, “forecast”, “may”, “schedule” and similar words or expressions identify forward-looking statements or information. These forward-looking statements or information may relate to the development of the Miller’s Crossing Lithium Project and other factors or information. Such statements represent the Company’s current views with respect to future events and are necessarily based upon a number of assumptions and estimates that, while considered reasonable by the Company, are inherently subject to significant business, economic, competitive, political and social risks, contingencies and uncertainties. Many factors, both known and unknown, could cause results, performance, or achievements to be materially different from the results, performance or achievements that are or may be expressed or implied by such forward-looking statements. The Company does not intend, and does not assume any obligation, to update these forward-looking statements or information to reflect changes in assumptions or changes in circumstances or any other events affecting such statements and information other than as required by applicable laws, rules and regulations.

To apply for a career with Arbor Metals Corp. Please send a cover letter together with your C.V. to contact.arbormetals@gmail.com

Get in touch with us